The effect of residue cover on soil water storage

Tracking the decline of cover as residues decompose

APSIM simulates the influence of crop residues on the efficiency with which soil water is captured and retained during fallows. But residue cover declines as residues decompose. Residue decomposition is simulated in APSIM in response to weather, as well as the chemical composition of the residues and soil. By doing this simulation you will reinforce skills learned in previous exercises and learn to do some basic editing of default values to ‘customise’ your simulations.

The effect of cover decline on runoff

In this activity, a comparison will be made between two simulations: Silt Fallow and Silt Rice Residue. 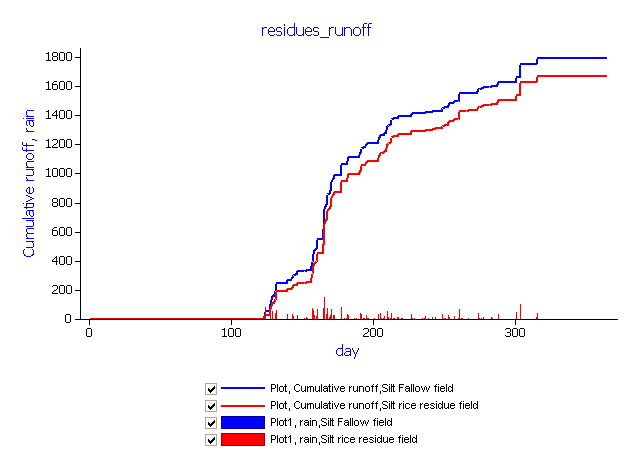 The effect of residue type on speed of decomposition

The APSIM Surface Organic Matter model will decompose residues at differing rates according to the C:N ratio of the material, amongst other parameters. To demonstrate this we will reproduce the previous simulation but apply legume residues in the place of the rice straw residues. 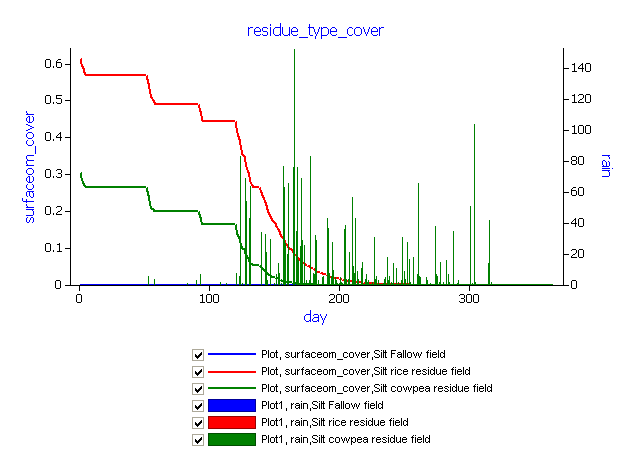