What is the difference between APSIM 7.10 and APSIM Next Gen?

Since its inception in 1990, APSIM has grown from a field-focused farming systems framework used by a small number of people, into a large collection of models used by thousands of modellers internationally. The software grew to consist of several hundred thousand lines of code in multiple programming languages. This has led to a large, complex software ecosystem that is difficult to maintain. In addition, systems modellers increasingly require software systems that integrate multiple disciplines, can represent evermore complex farming systems, can run on multiple operating systems, can operate at or be adjusted to multiple temporal and spatial scales (field, farm, region, continent, global) and run faster for larger simulation analyses. This is difficult to achieve in an aging framework.

To address these deficiencies, the APSIM Initiative is building the next generation of APSIM. An initial version was released in October 2014 following construction of a proof of concept. Today there are a range of models (see the documentation page) in APSIM Next Generation. The user interface is modelled on the one in APSIM 7.10 but includes new features. 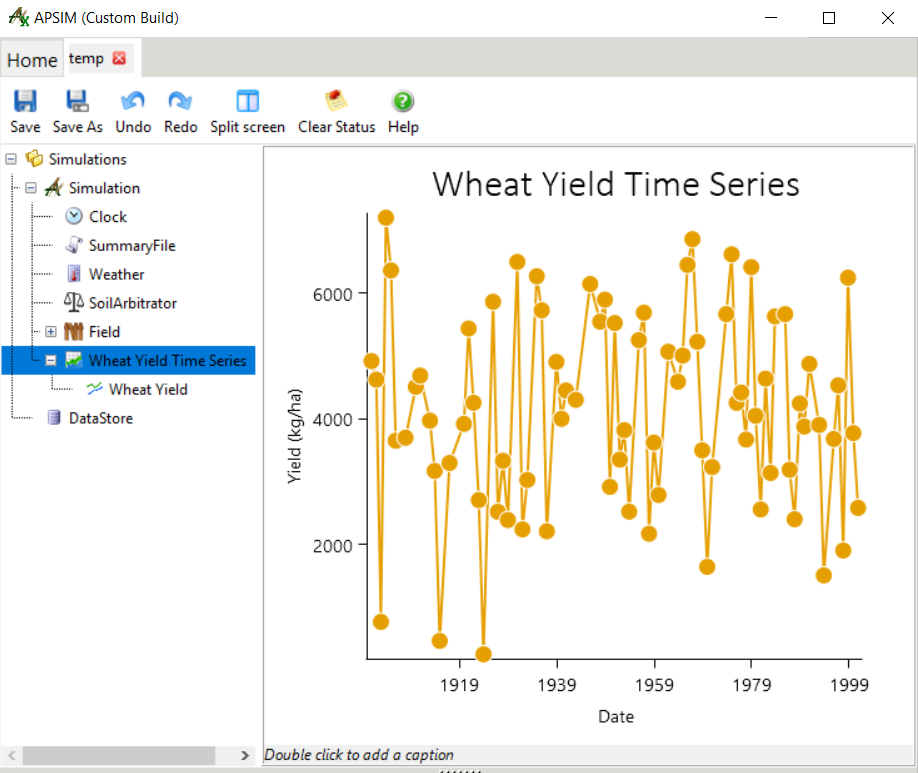 APSIM Next Generation is undergoing rapid development but is sufficiently stable for use in project work. It is released under a continuous release program, meaning that new fixes and features will be pushed out to users immediately as a upgrade option.

Now that the majority of development is occurring in APSIM Next Gen, development of APSIM Classic has largely ceased.  Yet, bugfixes and minor improvements for classic are still being made, and without any prospect of a new major release, development of the model has moved to a Continuous Release pattern – in much the same manner as Next Gen’s frequent “upgrades” –  addressing incremental updates as they occur. More information can be found here- APSIM Classic Releases

if you are developing or interested in developing a new model or improvement to an existing model, we welcome you to notify the APSIM Initiative by either creating an issue on GitHub or emailing apsim@csiro.au.