The authors developed, calibrated and evaluated a new modelling algorithm to predict dissolved inorganic nitrogen (DIN) in runoff losses from agricultural land uses. The new algorithm was calibrated against runoff and DIN in runoff measurements obtained from two of the main Australian sugarcane regions, a high (Wet Tropics) and moderate (Mackay Whitsundays) rainfall region. More than 10 years of field data were used in the calibration and validation of the algorithm. The algorithm accurately predicted DIN in runoff losses from both inorganic and organic fertilisers such as mill mud. Long-term scenarios of typical farming practices suggested that adopting BMPs for the organic fertiliser s such as mill mud, can have a significant impact on the quality of the water leaving sugarcane farms in the catchment area for the World Heritage-listed GBR. The new module couples with the Agricultural Production Systems sIMulator (APSIM) and the code be found in the paper’s Appendix. 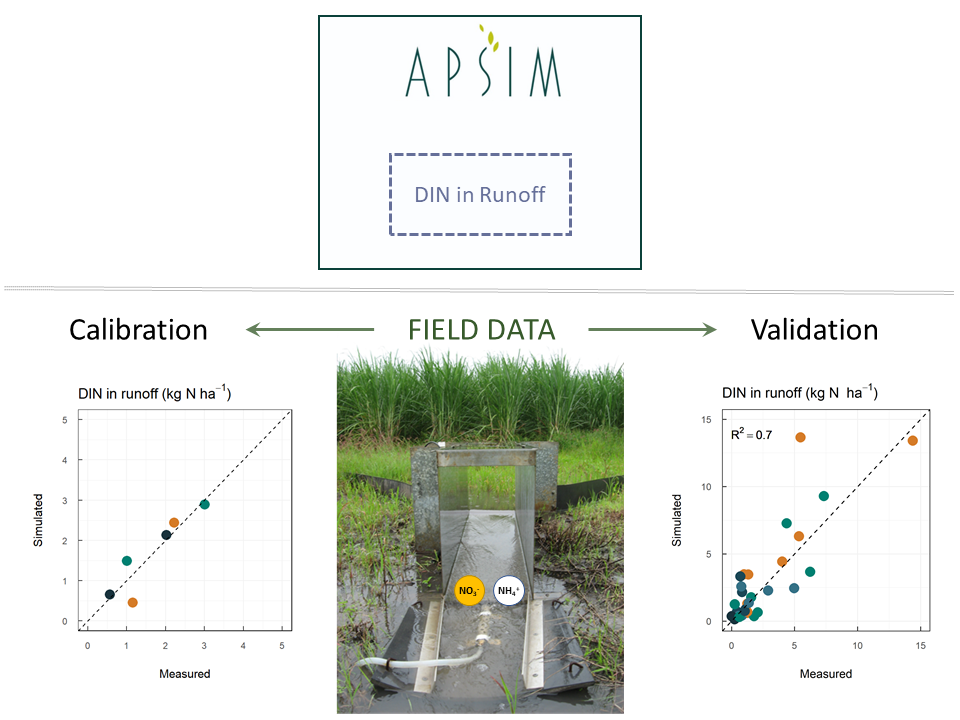 Previous post:
PhD Scholarship to study fruit tree growth and yield through plant modelling at QAAFI, The University of Queensland (Brisbane, Australia)
Coming up next:
NEW MODELS AND DEVELOPMENT PLANS IN APSIM NEXT GENERATION