For the 2017/18 year there were 2103 non-commercial licenced users registered (an 11% increase on the previous year). This resulted in some 3775 downloads of APSIM (all versions as some users download older versions or use multiple versions).

APSIM is being used in 116 countries around the world, around the same number as the previous year. In Australia there are 482 users (up from 462 the previous year), with 157 in Queensland, an increase of 51 users. In New Zealand there were 46 users. 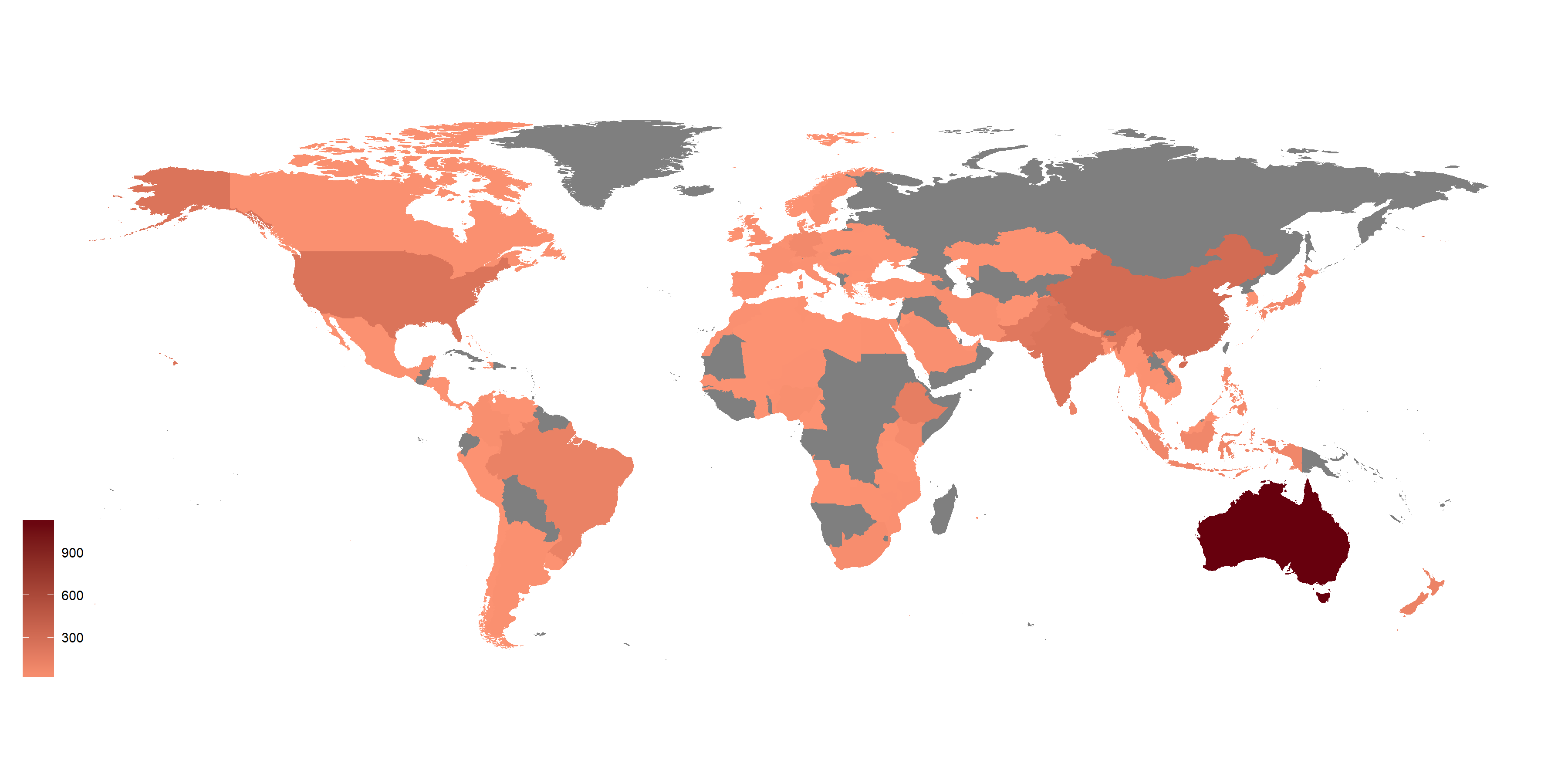